My guest today is Archos Terrian Stormrager, Lord of Tremellic, the hero of Alexandra Butcher’s adult fantasy romance The Light Beyond the Storm Chronicles, Book 1 and its sequel The Shining Citadel.

1. Tell me a little about yourself—your name, profession, where you live, do you have a family, the usual.

I am Lord Archos Terrian Stormrager, Lord of Tremellic, the Oncoming Storm and Archmage of the Arcane Realms, although I have many other names. My profession, I suppose, would be a scholar and teacher. More than that I am, what you might call, a man of many faces and many secrets. I am over three centuries old although after a while the years fade into a blur. My home is Tremellic Valley in the Western lands of Erana. It is apart from the main lands, separated by forest, mountains and river, it is very beautiful. We are largely left to ourselves, at least we were until the fall of the elven village of Szendro, since then life has become more dangerous and more interesting. I am wealthy enough to afford bribes, but they only go so far and soon the Order of Witch-Hunters will decide we are worthy of their notice. Erana is a dangerous place for our kind. Even I risk death at their hands, however one cannot run or hide forever.

A family? My father and half-sister are long dead and my brother was murdered in the civil war. My real mother I have met but a few times, she has…duties elsewhere. My family now are those who surround me; my wife the Lady Dii’Athella, Olek, my dear devoted Olek and his lady Ozena. Olek is like a brother to me, I trust him above all other men. There are others I care for, those who serve me and who’ve protected me. I have a daughter, it seems strange to say that as she was quite the surprise. A grown woman now, and powerful in her own right, she lives with the trolls in the mountains close to Tremellic. Troll women are very…independent, they do not need the support of a man and thus I knew not of her existence until recently, a child from an affair with the Lady Kherak of Varris.

2. What happened to you, so you ended up in this crazy adventure the novel talks about?

There is law in Erana, but it is a parody of justice. There is no freedom, magic is illegal and elves are enslaved. The Order of Witch-Hunters rules by fear and ignorance, those who defy them risk execution, and lies fill the world with their pernicious darkness. Olek and I have been…influencing matters for a while, albeit behind the scenes. There are those who seek to bring down the Order, and those who seek to bring justice to those who have none. My poor Dii’Athella was captured by Witch-Hunters, and we had to… extricate her, then there were the elves of Szendro. More recently events have revealed a lost elven Citadel. You understand the significance, elves are slaves, they have no culture, and what lore there is must be kept secret. The elves were once mighty, they were once great scholars but now hide in shadow or isolated communities. This Citadel, this lost lore will benefit all; so much knowledge, so much pride. Yet it is not that simple – the Order of Witch-Hunters would seek to destroy it, they cannot and will not let the elves and the users of magic hope. Their power is in keeping the populace afraid of each other, of the Order and of themselves. To reveal an elven city and one as majestic as the Shining Citadel would rock the foundations of society.

3. Do you have an item you prize above others? 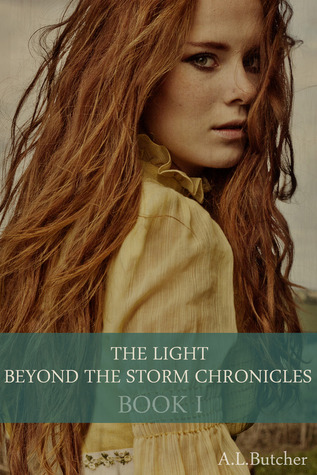 Ah, now that is a good question. I have a staff which is inhabited by a demon, K’hlak. It, he is dear to me, and has oft returned to me when I thought him lost. Of course he is a demon, a very dangerous creature indeed for those who do not know how to deal with him. Demons are not like people, they do not abide by our laws or morals, although neither do I, if I am honest. They can be bargained with, if one is willing and able to pay the price, although they will take what they are owed either way. K’hlak has been with me many years, he has fought for me and I for him. The staff is magical, and sentient in its own right, as most of them are. It has a dark beauty, and a deadly power. If I had to choose another it would be my Mirror. I do not mean a mere looking glass. This one is old, for the knowledge to create such an artifact is long since lost to us. There are a few in existence, and they can find one another. They sing, the very song of the old, wild magics and they communicate with each other. Or at least they can. Each is unique, and it takes a lot of time and magic to find what it might be capable of. Mine allows me to move to the location of another Mirror, which is not actually as useful as it sounds as they are few. It also allows me to have some knowledge of the future, or current and near current but remote events. As with most powerful items they are sentient enough to be fickle, badly behaved and do as they please. They are captivating, like a beautiful but mysterious woman. Mine is exquisite, silver and enchanted glass. It is of course highly illegal.

The novel is available as an e-book:
• Amazon
• Smashwords
• Barnes & Noble
• iTunes

It is also available as a paperback at Barnes & Noble