1. Tell me a little about yourself—name, profession, home, family, the usual.

My name is Sarya dyr-Rusac. I don’t have a proper family name; it just means I’m the daughter of a man named Rusac. I’m 25 years old.
My father was a miner in the Burnt Hills. I lost my family when I was eight years old, when my father fell into debt and my entire family was sold as slaves to pay off his debts. I was too young to be worth buying as a worker, so I was left to fend for myself in the mining town where we lived. It was not a good childhood.
I used to be an Arranger in the musical Service in Sucevita, the greatest city on the continent of Msaka Dolna. Being an Arranger means that I would arrange tropes, which are melodies that have magical properties, into pleasing musical arrangements for weddings and other important rituals. A wedding ritual I arranged went terribly wrong, and I was forced out of my job and my home, and became a traveling minstrel. That hasn’t worked out so well; times are hard right now.
I love to sing, though my voice isn’t the kind of voice that they want for the choirs in the Service, and write songs, and play my lute. If I have that, and something to eat and a place to sleep, I can’t ask for anything else. There are some things I’ll never do, though, no matter how cold and hungry I am.

2. What happened to you, so you ended up in this crazy adventure the novel talks about? 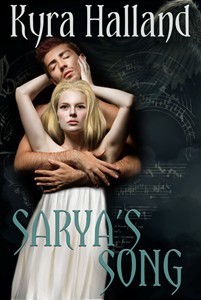 I have a rare talent for being able to hear these tropes, or magical melodies, as they occur in nature. At the time of the problem with the wedding ritual I wrote, I had begun hearing other tropes that were previously unknown. A large number of disasters never seen before were also happening in the world—extreme weather, earthquakes, uncontrollable plagues. Then one day I heard some mysterious and powerful music in the wind—the wind actually played it on my lute. That got me thinking, and I realized that all these different things must be related somehow, so I decided to return to Sucevita, to the Skola, or music school, to look for answers. And that seemed to trigger some strange things to start happening. Someone does not want me to find those answers.

3. What’s the most important thing in the world to you?

My freedom, my integrity, and my music. And, I hate to admit it, because he’s a rich, arrogant, overbearing ass who has no morals, but my friendship—if that’s what you’d call it—with Adan Muari means a lot to me. He’s the only friend I have, and the only one at the Skola who’s willing to accept someone like me, from a poor background, with no family or social position, more or less as an equal.
~~~~~~~~~~~~~~~~~~~