Where are my millions? 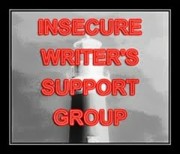 It’s the first Wednesday of the month again, time for a post for the Insecure Writer’s Support Group

I wrote about this before, but the issue has been bugging me, so I’m venting it here again. I put my regency novella Fibs in the Family on Wattpad, and as of this writing, it has 154 reads, which made me happy. People were reading my story, right? I also entered it into the Wattys2015 challenge, which meant for me adding a tag #wattys2015 to the story.

Then I did something stupid and spoiled my happiness: I decided to check who else is in the challenge and how many reads they have. The list of participants is very long, and the top entries are roughly those with the most reads. Do you know how many reads the top ones have? 20million. 30 million. My piddling 154 doesn’t count. It doesn’t qualify to show up at all. Maybe on page 4,731… I didn’t scroll that far.

I wonder: how do they get those millions? Who are their readers? And if they have so many readers already, why don’t these writers snatch their stories off Wattpad and publish them for profit. They could get millions of $$$, right?

Something doesn’t add up here, but I can’t figure out what. Are those millions real? Anyway, the entire number game made me unhappy.

For those kind enough to add to my numbers, you can read the story here.

10 Responses to Where are my millions?

HAVE A PLAN TO VOTE