This month, I missed the question – the blog hop’s host Michael D’Agostino @ A Life Examined didn’t send it to me – so I’m late in answering it, but I want to anyway. Because the question is a fun one:

What is your favorite beach?

Well, I’m not really a beach person. Each time I had a vacation in the last couple of decades, I went to a place where I could see art and architecture or participate in bus tours to some interesting destinations. Museums and theaters were my preferences.

But when I was younger, I went several years in a row to a beach place I consider the best in the world. I still remember those vacations with nostalgia. I’m talking about Crimea, a beautiful peninsula in the Black Sea. At various times in its colorful and bloody history, Crimea belonged to Greeks and Romans, Tartars and the Ottoman Empire, Russia and Ukraine.

Now it’s Russian again, but in the last 200+ years, it has been a favorite place of retreat for writers, artists, actors and other creative types. Its beaches are not sandy, but its climate is superb, and its scenery picturesque, especially the southern coast of Crimea. My favorite destinations on the southern coast were two cities: Yalta and Feodosia.

Two important men in the Russian cultural history also loved Feodosia, made it their home, which put this otherwise small provincial town on the cultural map of the world.

Alexander Grin (1880-1932) was a Russian romantic writer. Unique on the Soviet literary scene, he set his stories not in pre- or post-revolutionary Russia but in an imaginary land with a faint European flavor – Grinlandia. He wrote about mysterious girls and courageous sea captains, about love and adventure, about the exotic and the fantastic, even though he never traveled outside of Russia.

He was a pioneer of the genre of fantasy in Russia, the first and only one during his lifetime, and the authorities didn’t approve of him. He didn’t write about communism as every writer was supposed to, so his numerous publications and his fame all came posthumously. There is also a museum of Alexander Grin in Feodosia.

His novella Scarlet Sails, first published in 1923, became a symbol of youth and beauty in Russia. It was and still is the most popular of his works; there were several films and a ballet. Unfortunately, it’s not easily available in the English translation. As it is one of my favorite books, and I’m bilingual, I translated it myself and put it on wattpad, for everyone to read for free. Here it is.

Ivan Aivazovsky (1817-1900), another famous son of Feodisia, was an artist. He painted seascapes. Calm seas and turbulent seas, violent storms, serene sunsets, and shipwrecks – he painted them all. He is considered one of the best and most prolific marine artists of all times in the Western world. His museum in Feodosia has a huge collection of his paintings. So instead of photographs I’m putting here a few of his marine paintings of Crimea. I avoided his storm and shipwreck paintings in this post because I wanted my readers relaxed and happy, the way a sunny beach would make them. 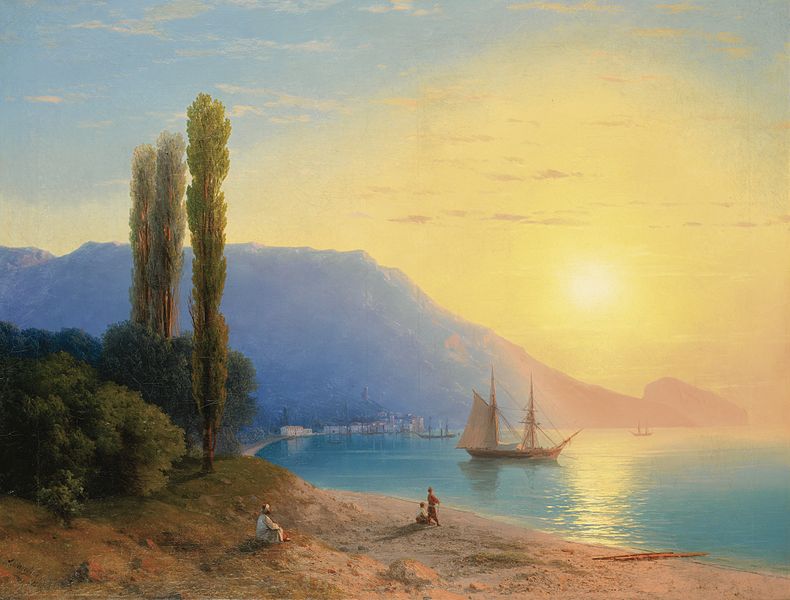 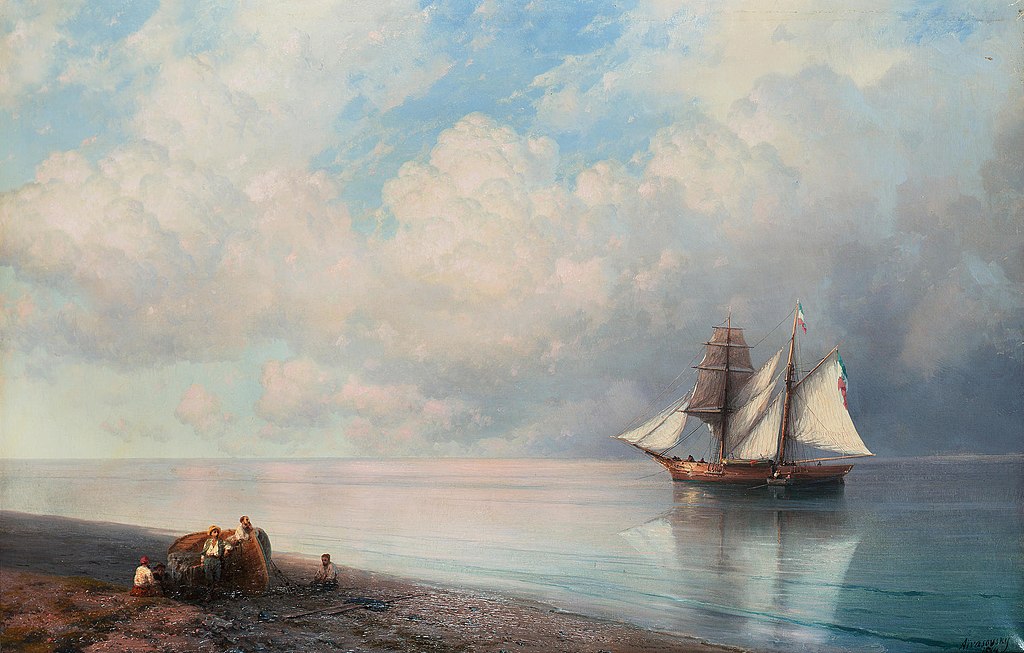 3 Responses to Question of the Month – August 2016