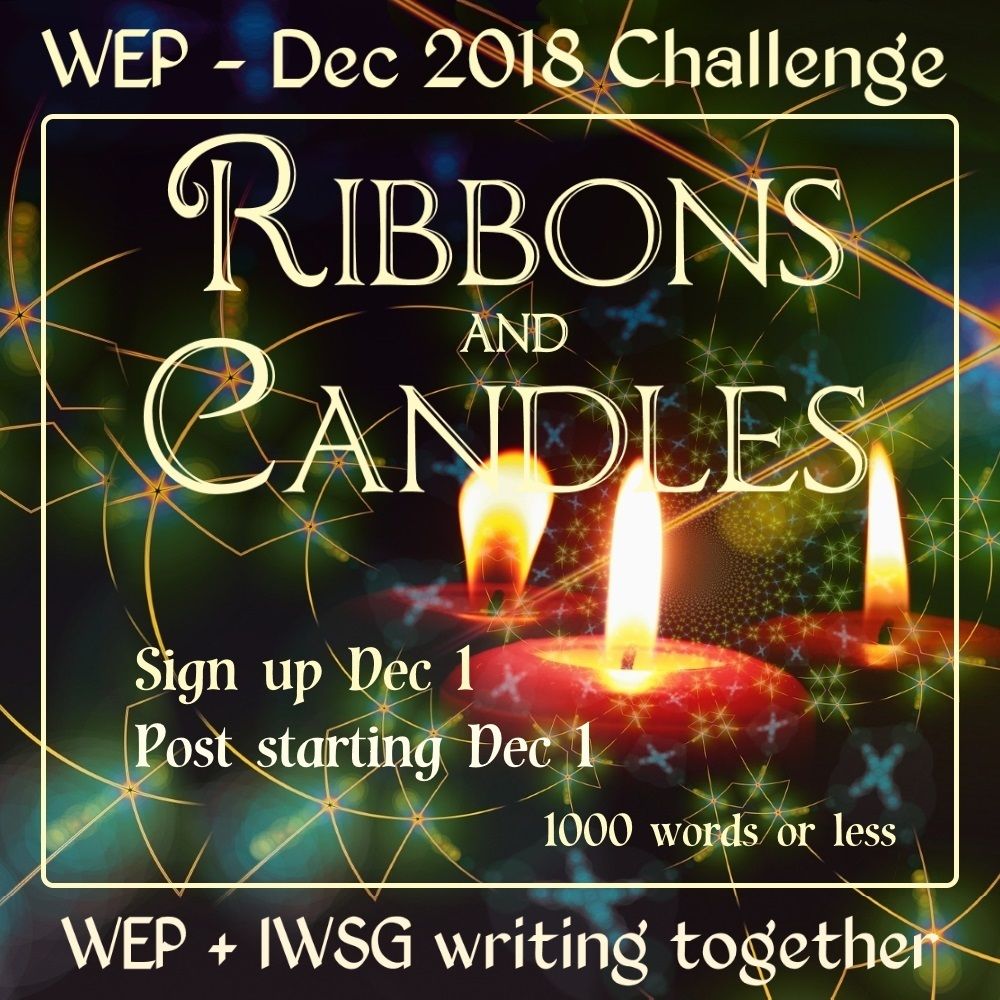 This WEP entry is Chapter 6 of my fanfiction novella Magic Senegalese. It concludes this year’s series of posts. The story is set in Wen Spencer’s Elfhome universe. Please check out the other WEP challenge participants here. To remind you what has gone before in my story, you could read:
Chapter 1
Chapter 2
Chapter 3
Chapter 4
Chapter 5
~~~~~~~~~~~~~~
I have to admit that this entry is different from the others, not as organic to the story as I thought at first. When I started writing this story, I planned only 6 chapters, one per challenge for all 6 of this year’s challenges. This chapter was to be the final one, but the story had other ideas. It became more than twice longer – 14 chapters. The full story is already published on wattpad. If you’re interested, you could read it there in its entirety. The plot started to deviate from what you’ve already read here in the end of Chapter 5, and the wattpad version of Chapter 6 is totally different. The rest of the story also makes it clear why I chose the title Magic Senegalese, which hasn’t been explained or even hinted at in my WEP version. Despite all that, the chapter below still works as an alternative end of the story.
~~~~~~~~~~~~~~

“What is your name?” Naomi asked her undersized passenger as she drove away.

“Miranda,” the girl said. She looked about ten, small and frail, smaller than Dina, with a short ragged mop of auburn hair. At Naomi’s careful probing, Miranda’s story emerged in disjointed bits and pieces.

She was half-elf, like Dina, but younger, only seventeen. Her human mother was a junkie. In the spring, the elves had deported the woman back to Earth. Her half-elven daughter had been left to fetch for herself.

Miranda and her two friends, also half-elf teenage girls, with their mothers gone to Earth, banded together. Housing was not a problem in Pittsburgh, and they managed a part-time employment here and there over the summer. Naomi suspected not all of their employment opportunities had been legal, but the girls scraped up enough cash between them for food and utilities. They did fine, until two men invaded their home and kidnapped them. Miranda had been in that house of death for a week.

“They killed my friends,” Miranda said. “For their organs. I heard them talking. They wanted elven organs because the elves are immortal. The other one took the organs to sell on Earth this Shutdown.” She shuddered with dry sobs. “They would’ve killed me too, if they had another freezer for the organs. They kept me for future use. When their freezers empty up.”

“Monsters,” Naomi muttered angrily. Her eyes still smarted from the spray, but she was glad she had clobbered that thug.

“Yeah,” Miranda agreed. “Thank you for rescuing me. What is your name?”

“Where do you live, Naomi?”

“I don’t live here,” Naomi said. By now, after blundering around the ghostly, empty neighborhoods for a while, she finally found her way back to civilization, to people, noise, and cars. The horror she had left behind on that desolate street seemed almost unreal, as if it happened to someone else.

“I’m visiting from Earth. I’m staying with a friend here,” she said. “What about you? You have nowhere to go, right?”

“You come with me,” Naomi said firmly. “Between us, you, my friend, and I will figure out what to do.”

Dina was already home, finishing a tapestry with a marine motif. Naomi hadn’t seen it before. The silk ribbons Dina used for the waves made the image come alive. Naomi wanted to swim in those warm, silky waves.

“It’s so beautiful,” she breathed.

“Thank you.” Dina beamed. Then her eyes alighted on Miranda, who cowered uncertainly behind Naomi. “Who is that?”

Dina gasped at Naomi’s adventures and shook her head at Miranda’s plight, but she didn’t welcome her extra guest. “I can’t feed her. Not for long. She could stay for a day or two, but then she should go.”

“I can work,” Miranda said.

Dina pursed her lips. “I don’t think so. You’re too young. Mom would never agree to take on another mouth. Money is tight as it is. Besides, I remember you and your friends from school, a couple years behind me. Your mothers were druggies. They were deported. I bet their daughters are just as useless.”

“You can’t send her to the streets alone,” Naomi said firmly. “She has nowhere to go. If she can’t stay here, I’ll pack my stuff and go with her. We’ll find a place to live, maybe wherever she had lived with her friends before being kidnapped, and figure out what to do later.”

“But I’m alone too,” Dina said in a small voice.

“I know. So maybe we’d better stay together. We have another month until your mom comes home.”

“If then,” Dina said. She fiddled with a scrap of turquoise ribbon, twisting it around her thin fingers.

“Let’s find the solution together.” Naomi really couldn’t leave either of the girls alone. They both looked preadolescent. She felt the only adult in the house.

“Fine,” Dina relented. “She can stay. I’ll make a bed for her… in mom’s room. For now,” she added grudgingly. “You should both take a shower. You stink.”

“Yeah, I know,” Naomi said. “It’s Mace. It clings. Could you find Miranda something to wear? She is practically your size.”

Miranda still watched warily, but Naomi smiled with approval. “Wonderful. Thank you. We’ll take our showers now, and after, we’ll celebrate Miranda’s rescue. With cake and candles. Could we buy a cake and have it delivered, Dina?”

Dina snorted, but her eyes warmed. “You’re as bad as my mother,” she said.

Naomi bowed. “Thank you, darling.” She took a long shower and pondered her mounting problems. She had enough money to support Miranda for now, but what about after she returned to Earth. She couldn’t stay on Elfhome forever. Maybe tomorrow, she would go see Rye, the elven healer her father had told her about, and ask for her help. Or at least an advice. The woman might know what to do. After all, Miranda was half-elf and couldn’t move back to Earth with Naomi. Did the elves have orphanages? A fostering system? And what about the guy she whacked with the crowbar and his buddy who took the freezers with the organs to Earth? What could she do about them? She needed to call the police.

She pushed away the troubling thoughts. Tomorrow, she would worry. Tonight, they stuffed themselves with grilled fish and a chocolate cake. Miranda ate as if she hadn’t eaten in weeks. The candle flames in the silver candlestick flickered merrily over their table, and the ribbons on Dina’s tapestry fluttered like water sprites, filling Naomi with hope.

22 Responses to WEP: Ribbons and Candles