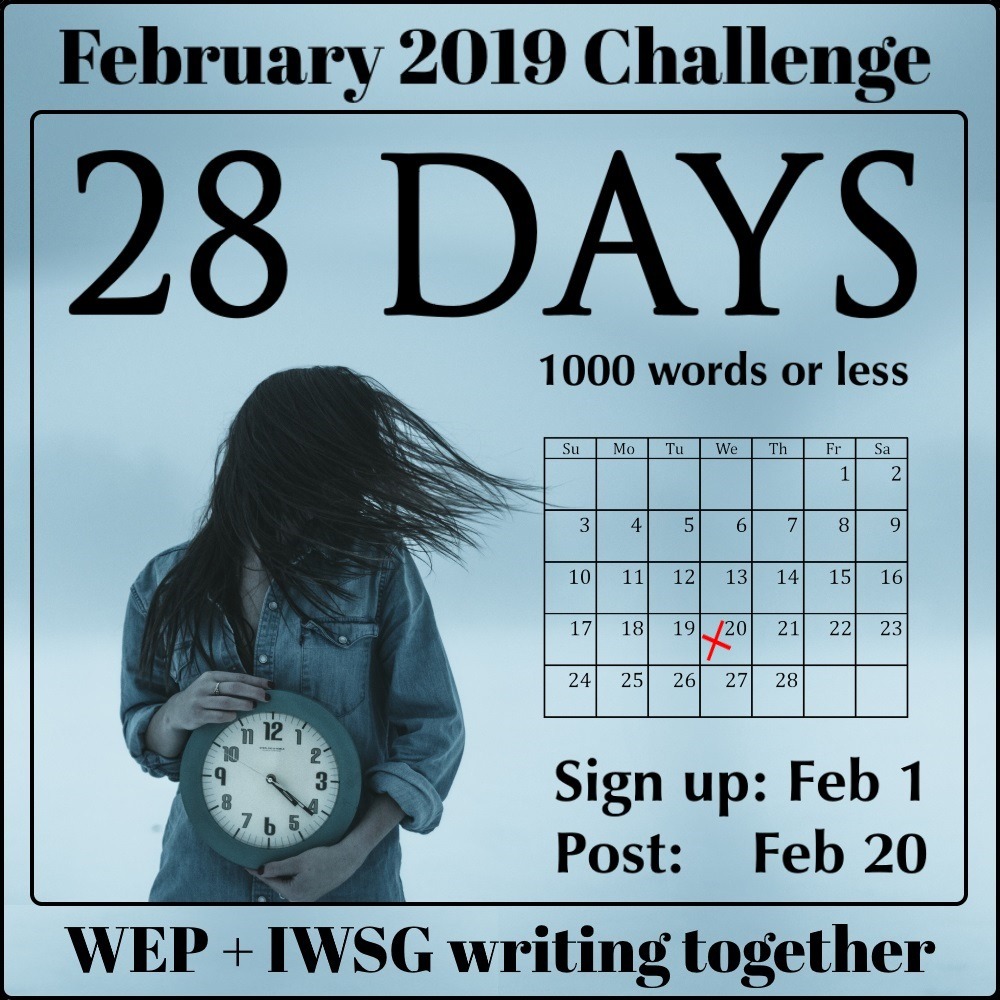 This year, my contributions to the WEP challenges will be a series of connected sci-fi flash stories about a pet care shop on the Rendezvous Space Station and its owner Dinara. Every story will feature one animal and Dinara’s troubles with it.
~~~~~~~~~~~~~~~~~~~~~~~~~~~
Dinara gazed at the tiny sad creature in the cage. Jean, the buka, lifted her round eyes at Dinara and whined softly, her ears huge and limp, piling on the floor on both sides of her miniature fluffy body like a blanket.

“Why don’t you eat, you stupid little mug?” Dinara muttered. “Your master only left yesterday. It will be 28 days before he comes back. You’ll die if you don’t eat, and then he’ll have my license.”

Jean didn’t respond, just put her head on her paws and closed her eyes. The food bowl stayed untouched.

“No luck?” Dinara’s cousin Manie asked from the far corner. Manie worked part-time for Dinara’s business, Rendezvous Pets. The rest of the time, Manie was a designer at the local theater. Unfortunately, a theater designer on a space station, even as large a station as Rendezvous, couldn’t earn enough. All the theater people had part time jobs.

“She drinks, but she doesn’t eat. I don’t know what to do. She misses her master,” Dinara said.

Dinara snorted. “What do you mean?”

“Are there any… I don’t know… documentaries about other bukas?”

“Tons.” Dinara perked up. “That’s a great idea. Thanks, Manie.” Perhaps she could bribe the small animal with the images of other bukas. She settled in front of her com-link and typed ‘buka’ in the search box.

The list of documentaries from Simel, the bukas’ native planet, was impressive. Dinara programmed a large holo screen in front of Jean’s cage and directed the longest documentary towards it.

Jean yipped, as the other bukas on the screen climbed the cliffs and frolicked in the grass. She sprang to her feet and bounced to the food bowl. Her ears flapped like velvety wings. When the bukas in the documentary started pulling nuts from the shrubbery and crunching them, Jean in her cage crunched contentedly on her own nuts.

Dinara smiled in satisfaction. Mission accomplished. To her consternation, Jean, like every buka, was intelligent and had a good memory. Two weeks later, when Dinara ran out of the new documentaries and started replaying them, Jean lost interest in her food again.

“What are you going to do now?” Manie asked with concern. “You have another two weeks before her owner’s ship is back.”

“This little bugger is blackmailing me for a new entertainment,” Dinara replied crossly. They were having lunch together in Dinara’s office. “Do you know why they are called bukas?” She ladled more dumplings than she needed into her bowl. She was tired from her food war with the sneaky buka. She pitied the creature, of course, but she suspected that Jean only declared a hunger strike when she was bored.

Manie shook her head. “Why?”

“When the colonists first arrived on Simel and discovered them, they called the buka species Cheburashka, after an obscure cartoon character from the ancient animated movies. Because they looked like that character. Later, the people shortened that mouthful of a name to buka. I ordered all three cartoons from Earth. Our net didn’t carry them. Paid a bundle too. Want to watch, before I show them to Jean? They just arrived. I hope they’ll do the trick.”

After the first cartoon ended, Manie wrinkled her nose. “What is the other animal?”

“A crocodile, from the translation,” Dinara said absently. “I’m not sure Jean will like it. It’s so primitive. Although Cheburashka looks exactly like her.”

“Crocodiles on Earth are huge. Bigger than men,” Manie objected. “I read about them. This one is… small.”

“He wears a jacket and plays harmonica too. It’s a cartoon, Manie.” Dinara shook her head. “Let’s see if my big-eared manipulator likes it.”

Jean loved it. She finished her food in record time. She also sang along with the crocodile and his harmonica, a high-pitched whine that sounded surprisingly in tune with the melody.”

“She stopped eating again,” Dinara complained, when Manie arrived for her shift a week later. “Darn! That, perverse little schemer! Her ugly ears will be the death of me. I’ll feed her to the fusion reactor.” She pointed an accusing finger into Jean’s cage, and the upset buka chirped distressingly. “She is acting out. She is a theater junkie, like you.”

Manie grinned. “Yeah. Kindred spirits. What are you going to do?”

“I have an idea,” Dinara growled, grabbed her com-link, and stomped out. She went to a printer shop and ordered one Cheburashka and one crocodile exactly like in the cartoon, both the size of her palm, like Jean. It took an hour to print both toys.

“I’m going to charge your owner with all my extra expenses,” she grumbled on the way back. “From Earth! I had to order from Earth, you furry exploiter.”

She flew into the shop and thrust the toys into Jean’s cage. “If you don’t start eating, you, plushy rascal, I’m going to skin you for a rug,” she threatened.

Jean twittered happily and pounced on the toys. She gobbled her food right away and wasn’t interested in videos anymore. She abandoned Cheburashka an hour later, but she kept the crocodile with her at all times, gnawing and crooning to it.

When her owner came for her, he didn’t want the saliva-encrusted crocodile at first, but Jean complained so loudly, he took the chewed-up toy. He reluctantly paid for the toys, and the Earth cartoons, and the documentaries.

“Next time, I’m taking you with me,” he said grumpily to Jean as he left Dinara’s shop. “You’re too expensive otherwise.”

“Yeah,” Dinara said smugly and fed his credit chip into her accounting software. “Next time, I’ll only take her with a ready crocodile.”
~~~~~~~~~~~~~~~~~~~~~~~~~~~
For those of you interested in bukas from Simel and how to entertain them, here is a song from the Russian cartoon Jean liked:

The crocodile sings in Russian, but I have translated his song for the curious.

Let them wade through the puddles,
Rubber boots stirring muddles,
Water running along like a brook.
Passersby cannot gather
Why in this rainy weather
I would happily carp like a rook.

Refrain
When I sing my merry ditty
No one would venture near.
Alas birthday, what a pity,
Happens only once a year.

Wizard with a silver mane
Flying in a magic plane
With a movie as gay as a dream.
He will bring cake and gifts,
Yummy, wonderful treats,
And a pile of delicious ice-cream.