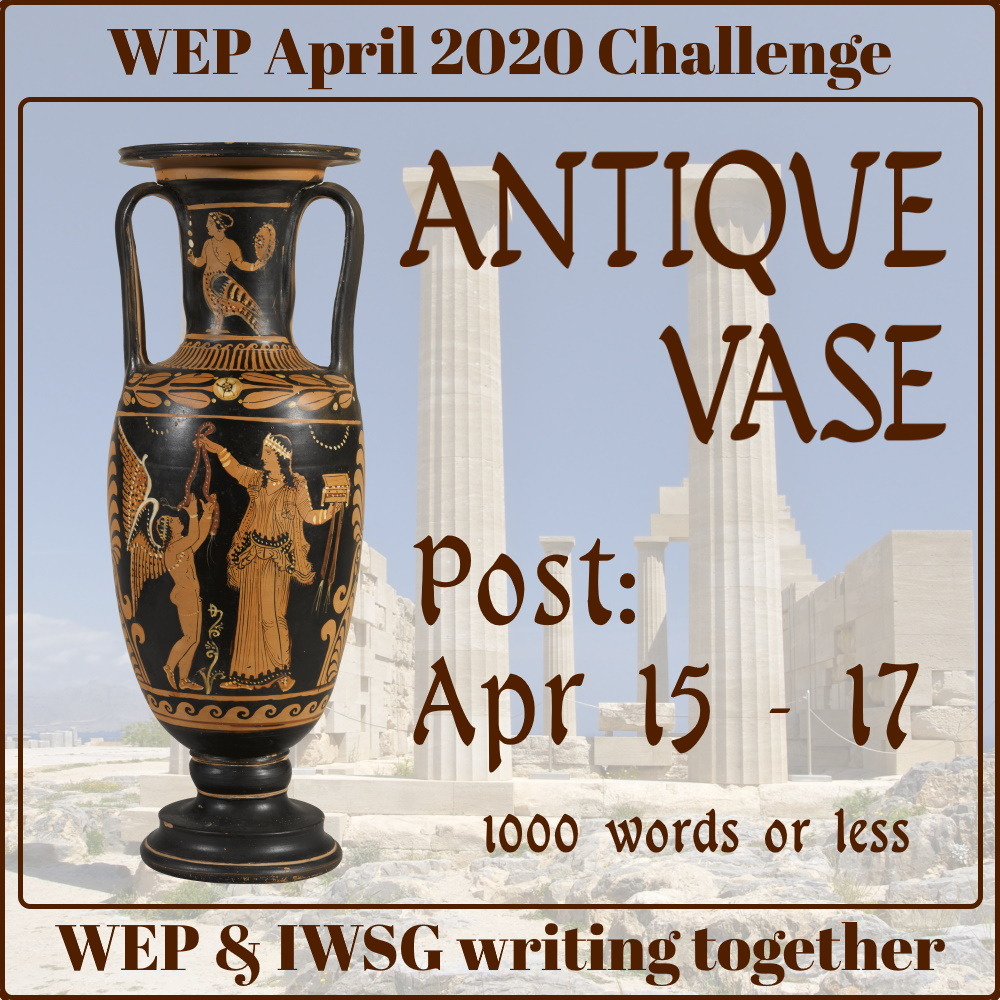 This is another story about Monette, a paper mage, in Vancouver, Canada, in the 21st century. Monette’s adventures started with the Feb 2020 challenge and continues in this story, inspired by the WEP April 2020 challenge.
~~~~~~~~~~~~~~~~~~~
Monette gazed with admiration at her laptop screen. The words Small Magics glittered in the header of her new business website. She just opened her independent magic agency a few days ago, and she still couldn’t suppress her excitement.

Her phone rang, interrupting her gleeful fantasies of satisfied customers and high-bracket income. Still grinning she pressed the Talk button.

“You do small magics, right?” A breathy female voice on the other end of the phone sounded desperate, interspaced with loud bursts of childish wailing. “Could you come to my home now? Please!”

Beside the phone, Spellingra, her talking grimoire, smugly rustled its pages, as if the book was responsible for this client call. Grinning, Monette skimmed her fingers over the open pages, a caress she knew Spellingra liked.

“Could you tell me what’s wrong?” Monette asked the phone.

“Just come!” the woman yelled. Then she audibly swallowed and brought her voice down. “Sorry. Here is my address. Please, hurry.” She recited her address in an affluent neighborhood, while the kid in the background kept up his incoherent bawling.

“I’ll be there in half an hour,” Monette promised. As soon as she disconnected, her smile fled. The woman on the phone sounded distraught. The problem might be bigger than Monette’s modest paper magic could handle, but she would do her best.

Fortunately, the traffic was light. She made it in half an hour and parked in front of a pretty two-storey house with a stained-glass door. She could hear the kid’s ear-splitting shrieks even before she left the car.

The young Chinese woman who opened the door had frantic eyes.

“I’m Monette, from Small Magics,” Monette said. “You called?” She winced at the especially loud screech from deeper in the house.

“Yes, please, come in. I don’t know what to do. I called several other agencies, but they all need booking in advance.”

“What is the problem?” Monette stepped inside. The decor resembled an exhibition of priceless Chinese art. Painted screens, carved red lacquer bowls, jade urns, and clay horse sculptures were almost overwhelming, stuffed as they were along all walls. Monette gawked as she followed her hostess into the living room.

There, she could finally see the source of the unending screams. A huge gorgeous porcelain vase lay on its side. A head of a child and one hand protruded from the vase’s mouth. The child, about eighteen months old, was obviously trying to crawl out of the vase, but just as obviously couldn’t. It howled like a banshee, its face red and teary.

“I can’t get him out,” the woman said tonelessly. “I’ve been trying all morning.” She hurried to the child, dropped on her stomach in front of the vase, and gripped her son’s tiny hand. She began talking rapidly in Chinese, but the boy kept sobbing, until his mother gave him a bottle. Then, still hiccupping and sniffling in outrage, he started drinking.

Monette circled the vase and gazed at its entrance in puzzlement. It was certainly large enough to allow the kid in or out. Why couldn’t he get out? Perhaps something trapped him inside.

“Have you tried to break the vase?” Monette asked.

“No. My husband would be very unhappy,” the woman said quietly, her hand caressing the child’s short spiky black hair, matted with sweat and snot. “It is an antique. Ming Dynasty. Lance should be able to crawl out. I don’t know why he can’t. Maybe your magic could help.”

“Maybe,” Monette said. She couldn’t feel any traces of magic, even though she stood one step away from the vase. She should probe deeper. She crouched at the back of the vase, out of sight from its mouth, where the child was trapped, and cautiously put her hand on the painted side. Simultaneously, she opened her magical senses as wide as they would go.

And snatched her hand right away real fast. “Yes, definitely magic, and well camouflaged too. You wouldn’t be able to break this vase even if you tried,” she said. “There is an imp living inside. It’s bound to the vase and it doesn’t want your kid to escape.”

The woman jerked her head to stare at Monette. “An imp?” she whispered; her eyes wide with dismay. “Xiao? Can you do anything?”

Monette wracked her brain, trying to remember what she knew about the magical Chinese creatures. What would this xiao like well enough to give up the child? Maybe something shiny? Gems? Glittering bugs?

Yes, that was it. She pulled out her painting supplies and started drawing. When she was finished, she coaxed her creations off the page with magic, and they crowded into her hand, a half-dozen bugs with a strange number of legs and carapaces gleaming with all colors of the rainbow. She sprinkled more magic at them. “Don’t get caught,” she whispered and tipped her palm into the vase.

They scuttled inside. The kid squealed in surprise and tried to catch one. He even abandoned his bottle. The mother kept silent. The vase started rocking. Yes, the imp definitely liked her sparkling insects.

“Try to pull him out, gently,” Monette murmured.

“Yes!” the woman breathed, tightened her hands on her son, and still on her stomach, wriggled back away from the oscillating vase. The kid’s shoulders emerged, then his legs, and then he slipped free.

He stunk like nine hells; his diaper apparently too full to hold the stink anymore. The mother gave one heart-felt sob, scrambled to her feet, and whisked her son away. His yowls reverberated in Monette’s ears. He would be fine, she thought, judging from the excellent condition of his lungs.

Monette sighed happily, gathered her painting stuff, pulled out her Kindle, and settled on a sofa to read and wait for the mother to come back. She needed to collect her pay.

She didn’t worry about her painted beetles: they would disintegrate as soon as the magic she had invested in them was exhausted. As for a permanent solution to the imp infestation, she was glad it wasn’t her problem. She was only Small Magics after all.

This entry was posted in Olga Godim, WEP. Bookmark the permalink.