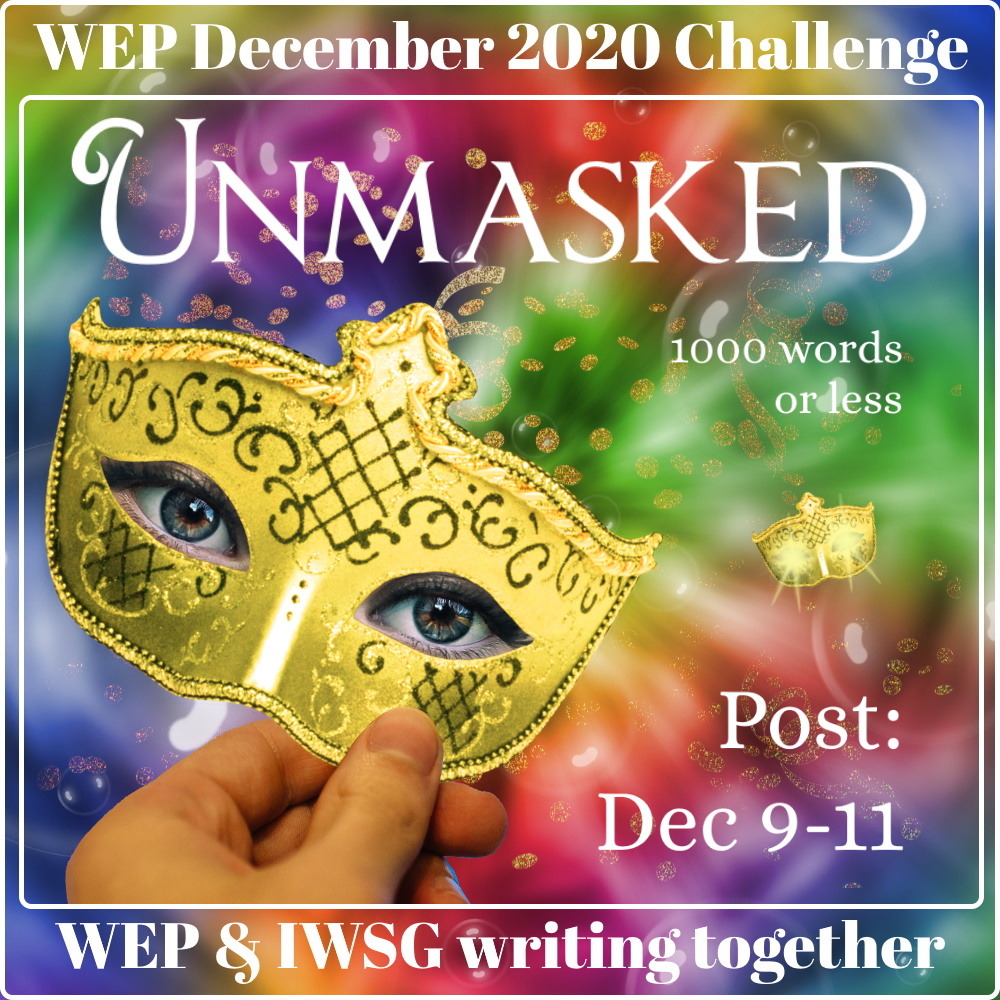 Monette gazed at Zack, her new client. He asked her on the phone to come to his place. Now she knew why. He wore old jeans and a black sweatshirt, but his face was covered by a beautiful old mask. It left only his mouth, eyes, and nostrils bare. Feathers, crystal beads, and golden filigree intertwined in a gorgeous pattern all over his face, from his hairline to his chin, and the magical runes glittered malevolently between the innocent ornaments. Even from across the coffee table, she could feel the magical effluvia and the ill intent of the mask towards its wearer.

“What happened?” she asked quietly.

“It wouldn’t come off,” Zack said. “I found it last year on a trip to Europe. In an antique shop. I put it on for our office Christmas party yesterday, for a lark, and now the f#@$ing thing wouldn’t come off. I couldn’t sleep all night, and now my face is tingling, probably from some … f#@$ing glue.”

“No. From magic,” Monette said. “You did right to call in a magician. This mask is magical, and it means you harm.”

“I don’t know. It feels like a curse, but I doubt it was directed at you personally.”

He swore. “Could you get it off?” He sounded angry and helpless, which sat oddly with his broad shoulders, muscled forearms, and a general air of self-assurance surrounding him. This man wasn’t used to being helpless.

“I’ll try,” Monette said. Ideas swirled in her head. The magic of the mask felt very powerful, much stronger than hers. She wouldn’t be able to negate its hateful spell, but she might be able to trick it. “Do you have a good quality head shot? As recent as possible.”

“No.” Monette shook her head. “I need a paper copy. I’m a paper mage. Send me several of your best photos by email. I’ll make a paper copy and come back in a couple hours. I need some supplies to make it work.”

Zack nodded, his strong fingers already flying over his phone’s keypad. “I’m not going anywhere. Not in this f#@$ing abomination.”

Deep in thought, Monette left Zack’s luxurious apartment in one of the downtown high-rises and drove to her home in a much less affluent neighborhood. She didn’t pay attention to the city, decked out in all its holiday finery. She was contemplating the malicious spell attached to the mask and what she could do to erase it.

Spellingra, her talking grimoire, wasn’t sanguine either, when Monette outlined her problem, but the book obediently opened up at the section of removal spells. “Erasing that mask might not help,” Spellingra warned, its pages susurrating in distress. “He wears a mask on the inside. That’s why the feathered one stuck on the outside.”

“I know. I’ll have to tell him,” Monette said glumly. She wasn’t looking forward to that conversation. She rather liked the guy, mask and all.

At a neighborhood self-serve photo place, she made a large portrait of Zack on the most expensive glossy paper they had, collected her crayons and a copy of the erasure spell, and drove back to Zack’s three hours later.

“Before I try to remove the mask, I need to draw it on your portrait,” she explained. “Please, sit down, Zack.”

His lips twitched, but he didn’t contradict her. He sat in an easy chair, facing the wall of windows for the best light. Monette placed his portrait on a table in front of her. She used her colored crayons to draw the mask on the portrait in all its elaborate details. The crayons were a special variety, imported from Italy, and super expensive. She didn’t use them often, but she needed them now: they were erasable.

“I hope you know what you’re doing,” he remarked.

“Magic is never one hundred percent certain,” Monette replied absently, trying to match the color nuances and lines of the mask exactly. “But so far, I haven’t failed a client.”

Monette, absorbed in her work, didn’t reply. Zack fell silent too. After she was done, she drew the erasure spell in black ink all around the mask. The spell’s diagram burst into a glow as soon as the last line connected, and Monette realized that the winter dusk already settled over the city. She had to turn on the lights for the next, the trickiest part of her manipulation.

“That’s not reassuring,” he said dryly but he didn’t move from his chair.

Monette picked up her eraser, poured her magic into it, and gently rubbed at the mask on her portrait, starting at Zack’s hairline.

He sucked in his breath. “It doesn’t hurt, but it is unpleasant,” he said.

“I know. Sorry.” She continued erasing, not looking at him at all, her full attention on her masterpiece. His forehead emerged first, as the eraser removed a portion of her drawing. His temples cleared up next. His cheeks and a strong line of his jaw. His nose. And finally, the sensitive area around his eyes. He was breathing deeply by now, but he didn’t complain.

“Done,” she said finally and blew the erased crumbs off the photo. She swiped her hand over the photograph to remove every tiny bit. When the last one fell off, her spell diagram winked out, even though the eraser didn’t touch it. The photo under her fingertips didn’t feel as smooth as before – the eraser had done its job – but it didn’t feel too bad. She lifted her eyes.

His face was puffy and pink, but even so, he looked gorgeous, better than on the photo.

“Sorry,” she said again and winced. “I couldn’t help it. You’ll need to apply some lotion for a day or two to deal with the irritation from my eraser.”

Without speaking, he jumped up and disappeared into his washroom. He came out a few moments later.

“Thank you,” he said. His smile blazed. “I never thought I would ever need a magician, thought they were all charlatans, but obviously not.”

Monette sighed. “A bit of a damper, Zack. This mask is an old and powerful spell. I removed its outer manifestation, but I can’t remove the spell itself. I doubt any magician can. It’s attached itself to you, put its hook into you, because you already wear a mask, pretend to be what you are not. I don’t know what you’re or what you do. It’s not my business, but I have to warn you: if you don’t stop wearing your inner mask, this outer one will come back. Not right away, maybe, but in a month, or a year. You have to … unmask yourself to be free of this spell.” She shrugged apologetically. “Sorry.”

He stared at her, his grin dimming. “F#@$,” he said.
~~~~~~~~~~~~~~~~~~~
Could you speculate what kind of a mask Zack is wearing in real life? Is he a sensitive artist pretending to be a ruthless businessman? Is he a cold-blooded killer masquerading as a friendly neighbor? Is he an industrial spy? A robot? A magician denying his magic? Tell me in the comments.